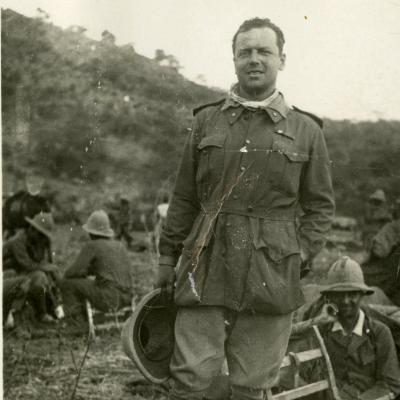 The collection was assembled between March 1935 and July 1936 by Pier Filippo Gomez Homen, the vice-podestà of Florence. He was a journalist and a highly educated, brilliant man. The collection is centered around his experience as a volunteer with the Gavinana Division during the Ethiopian campaign. It consists of six same-sized albums (cm 30x 40) holding on the whole 1447 pictures, 4 postcards, 1 drawing print and 59 miscellaneous documents. The documents describe his travel preparations, his direct involvement with the war and his triumphant return to Italy.
The holdings current belong to his son Filippo.